Paul was born in Clovis, New Mexico in 1942, the son of Gilbert and Leola Ford, and raised in Tahoka. He attended Texas Tech University before enlisting in the United States Air Force in 1962 where he served with distinction until 1984. He retired from the HQ Air Training Command at the rank of Chief Master Sergeant, with service in Japan, Korea, Thailand, and various locations in the continental United States.

In 1985 he began his second career with the USAF Civil Service at Kelly AFB in San Antonio, and continued at Tinker AFB in Oklahoma, until his retirement in 2003. He served as chief of the Analysis and Administration Branch and of the Tactical/Trainer Engine Support Branch, and as Logistics Management Supervisor.

Paul was a voracious reader. He enjoyed fishing and basketball and maintained a bountiful vegetable garden for many, many years.

He will be remembered for his 52 years of extraordinary service to his country, for his willingness to share his wisdom, advice, and guidance, for his love of his family, and for his big laugh.


Survivors: His wife of 42 years, Camella "Candy" Ford; his children, Lana, Loralee, Victoria, Douglas, and Joe; as well as his granddaughter, Amelia, and great grandson, Ryan. In addition, he is survived by many other relatives, friends and colleagues. 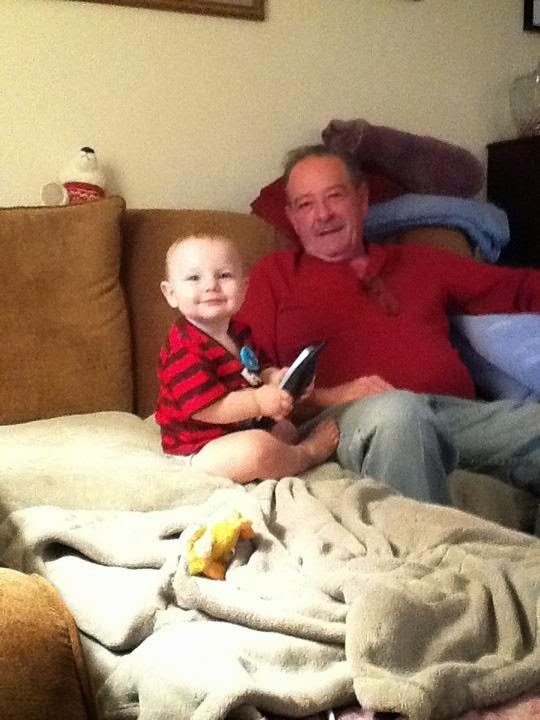 My dad and Ryan just before the kids left for Italy. Ryan will turn four in October.

There is a gofundme to get my daughter and Ryan home for dad's memorial. Spread the word if you like.